How to play the piano: tips to get started 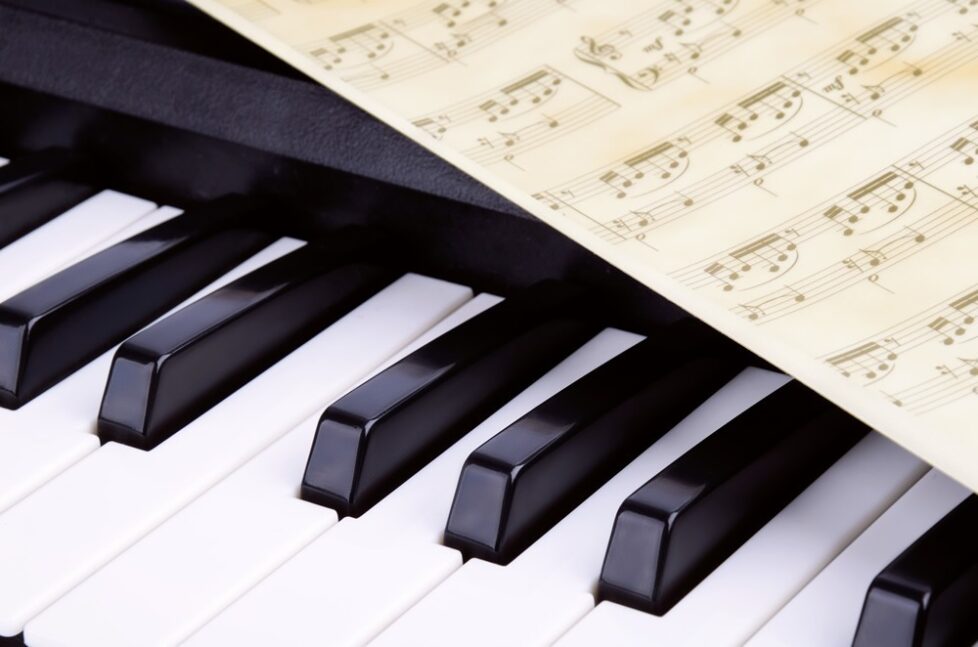 To play a piano  is a great challenge for a novice.   Giving a sense of their disposition is quite simple, just knowing the logic behind it and knowing what to look for. So let’s see some useful tips on how to learn to play the piano.

Piano course  will provide you with all the tools and knowledge you need to become familiar with this fantastic instrument.

How to learn to play the piano.

Some background information on the piano

Before getting to the heart of the practice, it will be good to share some basic notions. The piano is a string instrument, consist of 88 keys. The white ones emit notes usually called “natural”, ie the notes that make up the C major scale; the blacks instead serve the notes generally defined “altered”, almost always recognizable on the score with the sharp symbol “#” or flat “b”.

There are seven natural notes on the keyboard: Do-Re-Mi-Fa-Sol-La-Si;
An octave is made up of 12 keys: 7 natural plus 5 altered;
A traditional piano is divided into 7 octaves.

Get to know the tool

To deal with the piano in a structured and logical way, visually break it down into small blocks. Looking carefully at the keyboard, you will find that there is a model for the arrangement of the keys. They are arranged in such a way that every 12 of them (between whites and blacks) the notes are repeated at the higher octave. This 12-key sequence is called an octave. To orient yourself with greater ease on the keyboard it is essential to learn to recognize this pattern.

Now that you understand how to split your piano into octaves, it becomes easy to recognize specific notes, starting from the most important one, the central C.

How do we find it?

Look at the black keys on the piano and notice how they form a sequence on the entire keyboard, alternating groups of three with others of two. To find a C, simply take that grouping of two black keys and play the first white key located just below it. The central C is the fourth “C” starting from the left. Keep this in mind, as it will be the starting point for learning the entire tool.

Find the rest of the notes

After learning to recognize C, it’s time to complete your knowledge of the octave. Focus on the white keys. Starting from the central C, the order of the notes is: Re, Mi, Fa, Sol, La, Si. After the Yes, you will find a new C, which will give rise to another identical pattern.

After numbering your fingers and learning the names of the notes, you can apply your knowledge to play a C major scale. Its scale is composed of eight notes, starting from the initial C up to that of the next octave. Have fun playing and experimenting, but keep in mind that moving your five fingers smoothly along these eight notes will take time and practice.

Exercising with stairs is just one of the many ways you can gain confidence, fluidity and musicality. During their execution, remember to pay attention to your fingers and the basic technique. A good initial setting will greatly facilitate the learning process even in more advanced study phases.

Gifts for musicians: what to give to those who love music?

It is not easy to satisfy the taste of a creative person. Musicians are used to looking at things in...

Its been such a long while since the Netflix and chill slogan became a thing. And it makes sense too...

The dog fashion industry has never been in the spotlight. Since the very beginning, the products and accessories designed for...

What makes a player special? Is it the performances that help the team secure a victory or connection with the...

Gifts for musicians: what to give to those who love music?

Looking for a Pay Raise? Consider a Six Sigma Certification

No Result
View All Result
error: Content is protected !!